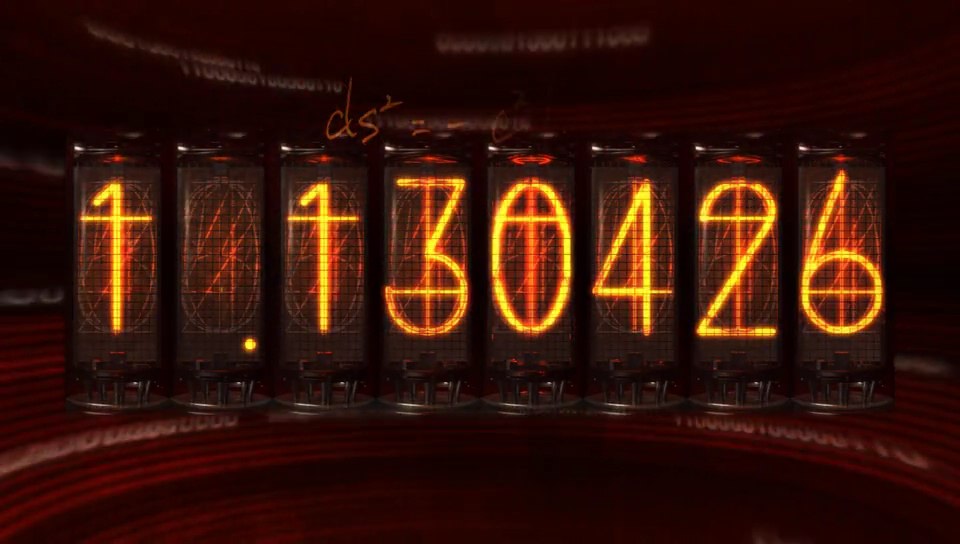 I got the true ending and platinum trophy to Steins;Gate this morning. Stayed up until 5:30 and then had to take a nap before I completed it to do it, but it has been done.

I owe this game more words when I have the time and energy to muster them, but in the event I never get to it, Steins;Gate is a brilliant, beautiful game. Right up there with 999 as my favorite visual novel. It's sad — depressing almost, at times — and chilling, quirky and brilliant. Much like 999 and VLR, it mixes plot-y VN stuff with science (hard science, in this case) in a really enjoyable and entertaining way. It's a game that I wish I could pry open and go even deeper into. Maybe that's what the sequel will be.

In any event, in my attempts to write these things down so that I don't forget them, I'm sitting here listening to the soundtrack now (it's now safe to listen to, since I can't have audio-spoilers now that I completed the game) and just feeling kind of melancholy thinking of the in-game scenes where some of these music cues hit. The big thematic plot elements for GATE OF STEINER -Piano-. hesitative consideration's mix of despair and resolve when things go astray. Solitude's heartwrenching pain, but also its core's role in underscoring a lot of the game's pivotal tender moments (a role shared with the pensive, yet sometimes joyful, caution of Believe me). The ending themes. Skyclad Observer's role as the opening theme, but also kind of an ending theme. Select of Sorrow's tension. The day-to-days of so many other tracks. Hell, the meta-quality of how easily the game bounces between themes in the soundtrack.

I wish I could spoil a bunch of things here, just to recall them, and have them recallable at a moment's notice, but I won't. The game's too high on the "must play" list to do that to everyone else.

Game music is such an important element of my enjoyment of games that I savor this part of completing a game almost as much as the game's ending itself — pouring over the memories associated with soundtracks, just sitting and recalling. The soundtrack is beautiful because of how I experienced it in a beautiful game. I hope I play through Steins;Gate again some time. I want to play through Steins;Gate again some time. I want to let the memories of it rest a bit, settle in my mind, and then bring them back to the fore a year from now, or two years from now, or whenever makes sense. I'll revisit it.

But if I don't ever, I'll have the soundtrack and posts like this one to remind me of how much I love that game.

I poured more into this post than I thought I would. I just want to never forget this game. I've been saying that about a number of games lately, but I don't feel shame over it. Maybe a bit embarrassed that I'm worried I'll forget them, but whatever.

This was originally posted on my old site on 2015-09-20. I continue to love Steins;Gate to this day.