I liked Sorcery Saga: Curse of the Great Curry God more than I expected I would. 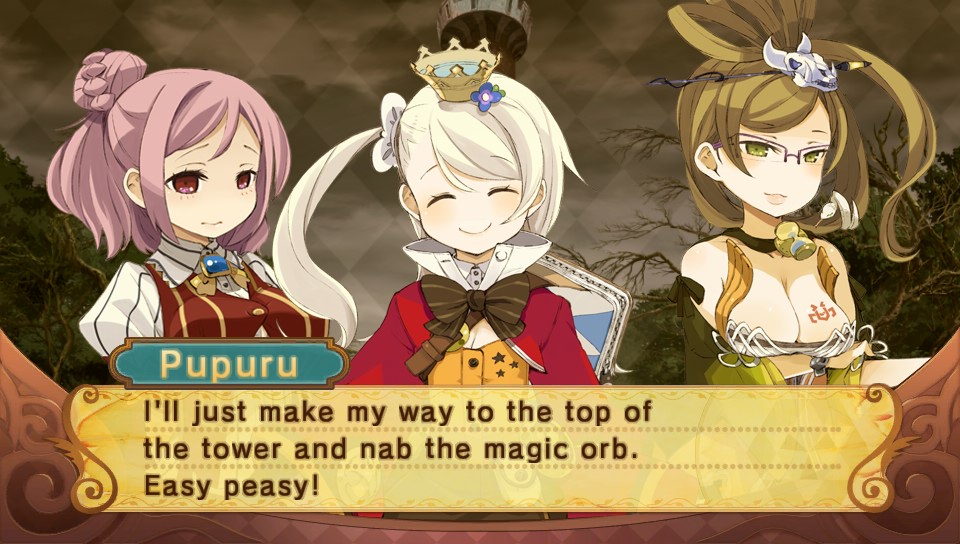 The best part of Sorcery Saga is how endearingly, saccharinely cute the entire thing is. This isn't to say much against the rest of the game, but Sorcery Saga is about how fun and delightful it all is. The protagonist, Pupuru, is super cute. She's has a naivety that is there to be silly, but is strong enough to tell the villains, all inept in their own amusing ways, when (and how) to take a hike because she has a restaurant to save with great curry recipes, darn it!

The game, ultimately, is a pretty forgiving roguelike, as far as roguelikes go. Your pet needs to eat, but you do not, you can return to town to store items, even when you die, you can usually make it out of the dungeons with your equipped weapon and shield, so on and on. It is not a roguelike made to punish, it is one made to just have a nice, casual game about curry and dungeon crawling. 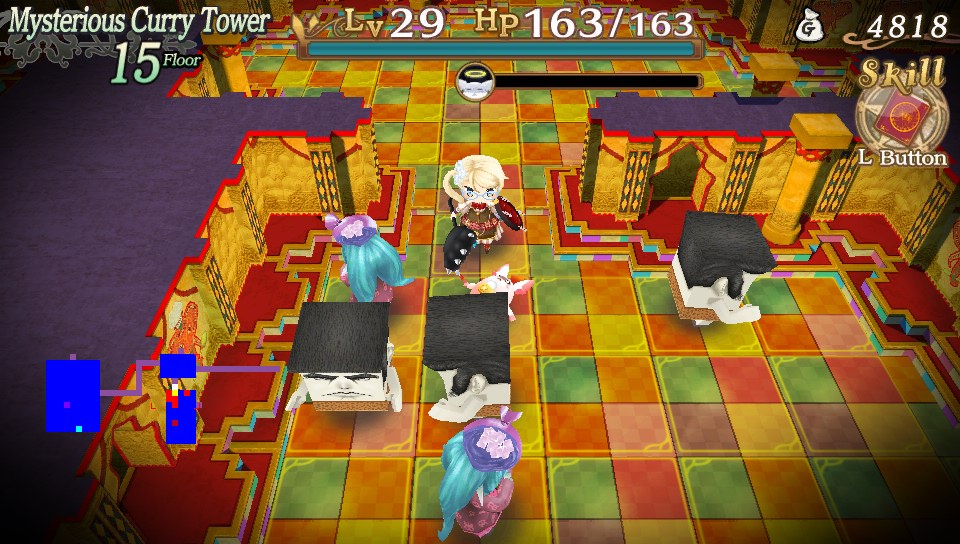 There's some good music, primarily the town themes and the great opening theme. Cutscenes are mostly portraits, with a handful of full illustrations for story stuff. All in all, the game is just fun. It's pleasant to play and never demands too much from you. No deep plot to follow, no extreme challenge, just a nice game to play.

And, that is probably its only weakness — I'll admit to getting kind of overpowered by wise weapon management and flying through the end as a result, but the game kind of overstayed its welcome at the end. The main game is pretty well-paced, but it's a bit too easy, and walking over dungeons without much risk and two-shotting bosses has the unfortunate effect of making the gameplay a bit of a slog to get to the next (great) story element. Perhaps I'm just too used to these kinds of games.

The only other criticism really noteworthy is that in large dungeon floors with a lot of monsters running around, the game slows down as you move, which is annoying and a bit frustrating because the game looks pretty good otherwise.

Nevertheless, a good little game, I'd recommend it for anyone looking for a delightful little roguelike. Pupuru, her allies, and the rogue's gallery of inept antagonists are all just too much fun. 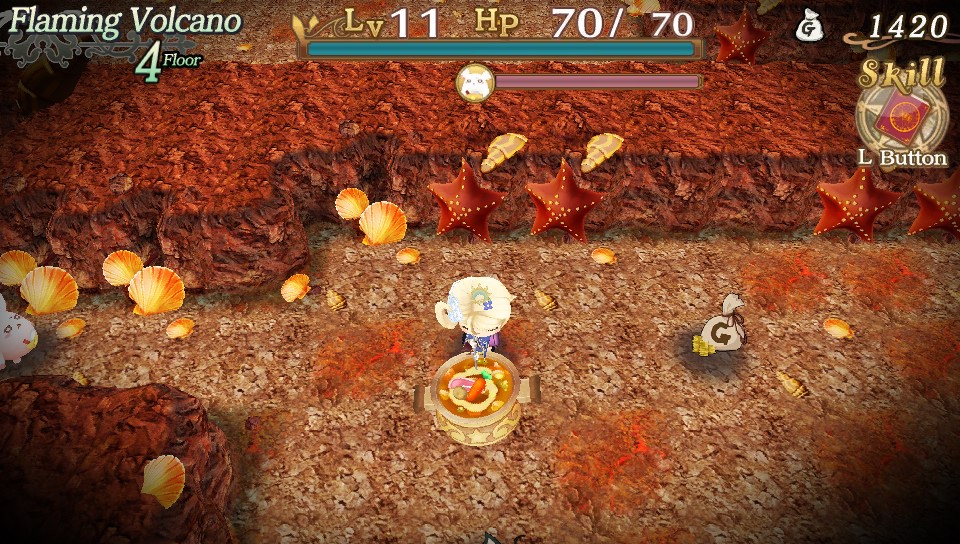 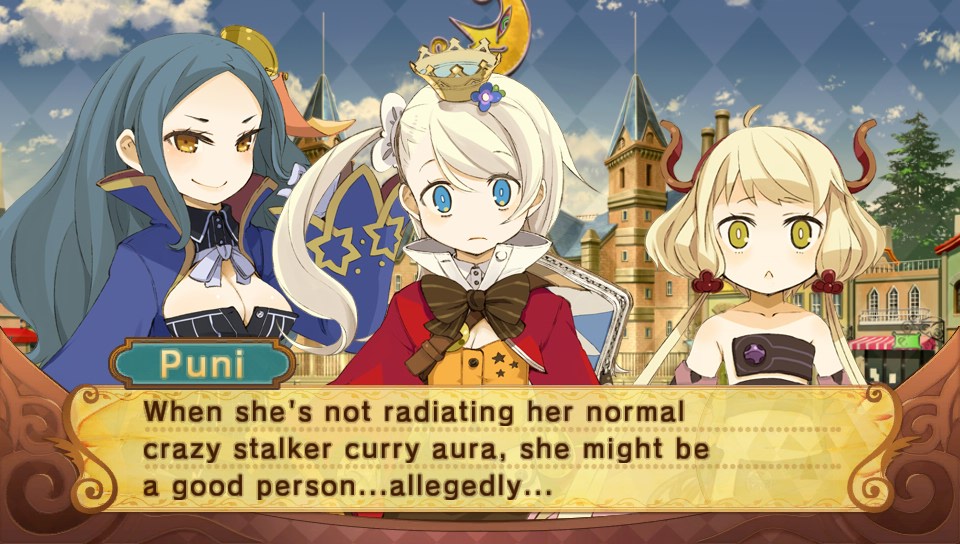 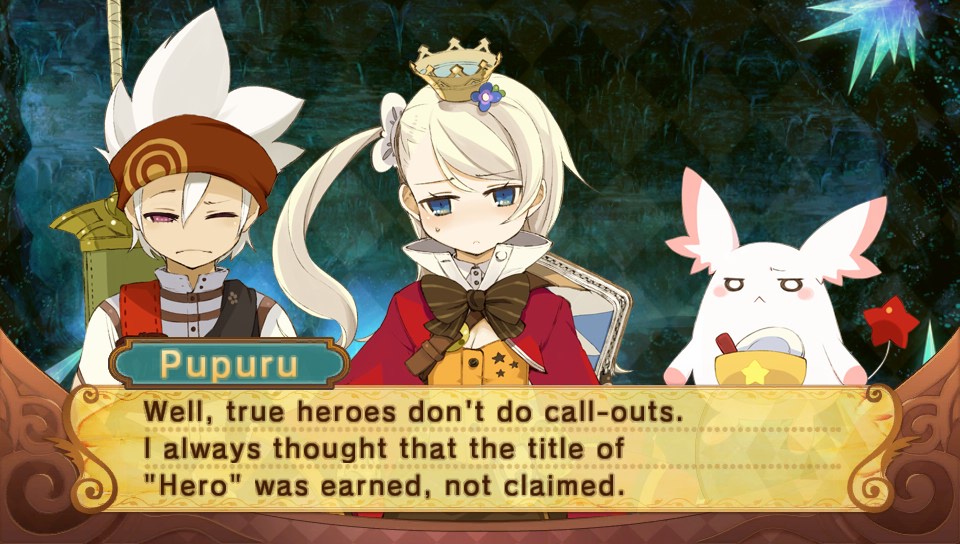